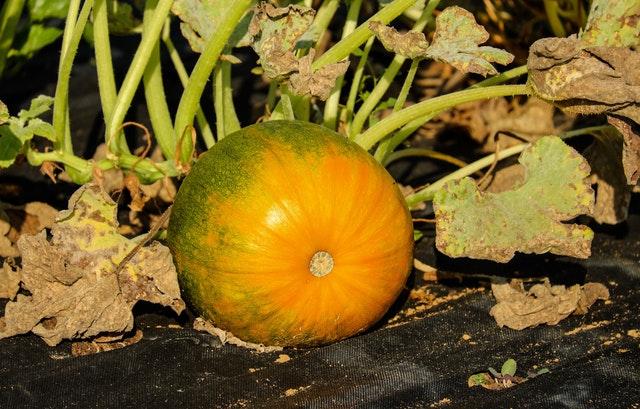 Pumpkin, considered a vegetable, is actually a fruit, with the nutrition of a vegetable.  Farming pumpkins is common in many countries, with China being the number one producer, followed by India.

The leaves of the pumpkin are cooked as a vegetable in many cultures, with the seeds being considered as a super food, due to their high nutritious properties. The Pumpkin itself is used as a breakfast snack and can be cooked with other ingredients and consumed with any meal.

Farming pumpkins can be profitable, since there is a lot of demand as consumers become more health conscious, preferring natural food to processed breakfast items like bread.

The mighty pumpkin, if harvested and stored well, can last for up to 3 months and in some cases 7 months. This gives the farmer ample time to sell their produce, without the fear that it will go bad.

The market for Pumpkins

Pumpkins have a vast market, both locally and internationally. In fact there are various companies buying pumpkins for the export market. However, you have to meet specific set standards to qualify to sell to that market.

In Kenya, pumpkins go for between Ksh 50-80 per kg. Pumpkins are sold at about Ksh. 20, 000 per ton at wholesale prices. You can also sell them to NGOs who participate in feeding programs and to locals who live around your farm.

Value addition is a great way to improve your income from the crops. For example, you can use the seeds for planting or sell them as roasted pumpkin seeds. You can also mill pumpkin pulp which can be sold as baby food.

Pumpkins have a multitude of nutrients ranging from vitamins and minerals found the pulp, seeds and the leaves. The benefits include:

There are different varieties of pumpkins growing in Kenya. They are categorized according to shape, colour, ridges, spots and stripes. The types that are most popular in Kenya include; the white giant from South Africa, Israel giant, Egyptian giant, ‘Squach’ and ‘Dola’.

Pumpkins are grown from the lowlands up to altitudes of about 2500 meters above sea level. They are warm-season crops adapted to mean temperatures of 18-27 degrees Celsius.

Pumpkins do well in places where medium to heavy applications of compost or well-decomposed manure is done. They can be planted on almost any well-drained fertile soil with a neutral pH. Pumpkins are drought-tolerant and are sensitive to water logging since it encourages the development of leaf diseases.

When you not only maintain your pumpkins but also fertilize the soil well, you can get up to five tons per acre. However, it will depend on the spacing during planting and the variety of the pumpkins. A single fruit of the giant Israel pumpkin can weigh up to 20-30kg if you apply good farming practices, adequate water and manure.

You should ensure that no members of the pumpkin family (cucurbit family) have been planted on the land before. This will minimize the risk of the spread of diseases from the previous crop. The ground should be finely tilled to ensure proper penetration of roots.

During planting, it is vital to prepare mounds of soil to help improve drainage. It will also be easier for the sun’s heat to penetrate the soil in order to encourage germination.

The seed should be placed 1-2 inches deep just enough to cover it from the birds and allow for easier germination.

The ideal spacing is 2-3metres by 3 meters due to the vegetative nature of the pumpkin. This varies according to the variety being planted.

Close to 2000 seedlings can be planted in an acre if well-spaced. Fertilizer application should be made according to soil tests results. Ensure that you use organic fertilizers such as well rotten cow dung and chicken droppings. They are not only a cheaper alternative but also produce better results.

Irrigation of the plant should be done regularly as it promotes nutrient uptake and proper fruit formation. However, it should be done in a way that it reduces the chances of waterlogging and directs water to the roots and vines rather than the leaves.

It is recommended that you irrigate at an interval of 3 days during dry weather. Irrigation should be increased if the plant is in the flowering and fruiting stage. It would be best if you avoid logging the soil with water since it enables diseases like the powdery mildew to thrive and spread to other plants.

White powder-like bacteria is the most common in Kenya. The disease thrives in hot and humid weather and spreads rapidly. The condition will kill the plant if no action is taken to control its spread.

It is evidenced by wilting and browning of the leaf and a characteristic yellow stringy sap that drains when the vines are cut an inch from the leaf.

Aphids are the most common pests found on tender pumpkin shoots. They are usually found in colonies where they suck sap. They stunt the growth of the plant and makes the leaf appear curled and twisted. Also, aphids excrete honeydew which leads to the growth of sooty mold and will also attract fruit flies.

Fruit flies pierce the fruit and lay eggs in them. The eggs hatch into maggots that feed inside the fruit. It causes sunken discolored patches that crack open the fruits. This opening serves as an entry point for fungi and bacteria which causes fruit rot.

You can control weeds by carefully uprooting them or by using a hoe to carefully dig them out in order to prevent damage to the pumpkin vines. You can also use herbicides; either chemical or organic, to control weeds in the farm.

This should be done with care as the use of herbicides on the farm may lock out farmers from specific markets, especially the export market, which is very strict on the use of chemicals.

Intercropping is an excellent way of maximizing the use of land and available water. It can also be used to contain the growth of weeds and improving soil fertility without the use of synthetic fertilizers and chemicals.

Crops that can be intercropped with pumpkins include okra, sunflower, Moringa and pawpaw.

These crops complement each other as pumpkin leaves act as cover crops to control the growth of weeds. Sunflowers aid in attracting pollinators.

Pawpaw, Moringa and okra leaves can be used to make extracts for organic disease and pest control.

When the pumpkin skin reaches full color and hardens, then the fruit is ready to harvest. Depending on variety, the fruit is usually ready about 90 to 120 days after planting.

Pumpkin is harvested by plucking it from the vine leaving the stalk on the fruit to enhance the fruit shelf life. You can store your Pumpkins for 30 to 90 days.

Pumpkin should be washed to remove any dirt or bacteria that may cause the fruit to rot. Before storage, the fruit should be allowed to completely dry and should be stored in a cool, dry place, preferably a dark place. How to Manage Chicks from 0 weeks to 8 weeks Beekeeping Equipment and Supplies to Get Started Passion Fruit Farming Guide for 2022. From Seedlings to Profits How To Start Poultry and Chicken Farming : Value Addition Daisy has been writing for the last 10 years, in different niches. Having been brought up in the agricultural rich rift valley region, she understands very well the importance of farming and value addition.

She can be reached on her Linkedin profile here

29 thoughts on “Guide to Pumpkin Farming in Kenya”